My amateurish review of The Dude's Concert at the Pantages...

As The Dude once said, “Yeah, well, you know, that's just, like, your opinion, man.” Or as this self-proclaimed Dude most often says, “I’m not passing judgment, I’m only making an observation”

Keep that in mind as you read through my feeble review of Jeff Bridges and the Abiders show this past Sunday night at the Pantages theater.

Actors and Singers; “strikes and gutters..ups and downs..”

Throughout entertainment there are great singers who have questionable acting talent and vice versa
Now for instance, Elvis Presley, great singer. Great as an actor? Some say Colonel Parker is to blame for those musical B movies that EP is so famous for.

Whitney Houston, great, great singer, great as an actress? I’d have to say she was a pretty good thespian. My Bodyguard, case in point.

William Shatner, great actor; Singer? Well lend an ear to his version of Elton John’s “Rocket Man” and observe for yourself.

Then there’s Prince. Given I live in MN, I’ll declare myself not fit to stand trial and again, pass.

Which all takes us to Jeff Bridges. Great, great actor. An Academy Award winner. Singer?

Strike: Paying homage to MN…the home of Prince and the home of…the…Coooooooen Bros as he so stretched out the vowel to the applause of the crowd

Strike: Great cover of a tune from The Big Lebowski, Creedence Clearwater Revival’s “ Lookin Out my Back Door”

Strike: Dedicating the show to Robin Williams who he co-starred with in The Fisher King

Strike: Cover tunes by Dylan, “The Man in Me”; one by Townes Van Zant called “To Live is To Fly”; Tom Wait’s “Never Let Go” and The Byrd’s “So you wanna be a Rock n Roll Star

Strike: very engaging; laughable and appreciative of the hoots and hollers of Lebowski quotes that mixed through the night like a straw in a White Russian( the Dude’s drink of choice, affectionately termed, ‘a Caucasian’)

Spare: The show didn’t start on time, but most shows never do

Spares: Souvenir stand only took cash and I only had a check written out to Ralphs’ for .69

Gutterball: Although it was great to hear that he had family in the audience ( sister, niece and nephew), they were seated in the front row, thus prohibiting any fans from sitting there; I believe there were VIP seats available but I “crossed the line and marked it zero”

Gutterball: He started around 7:10 and finished around 8:40, not much of a show but his musical catalog isn’t that vast.

There were no “Nihilists” in the crowd nor was there any “unchecked aggression”, just a good size, perhaps sold out crowd listening to good music and some great guitar playing by lead strummer Chris Pelonis, who's performance ”really tied the room together.” 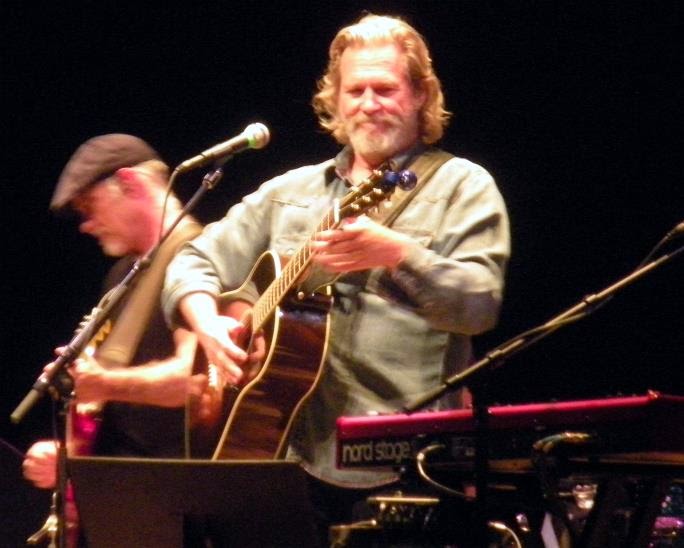 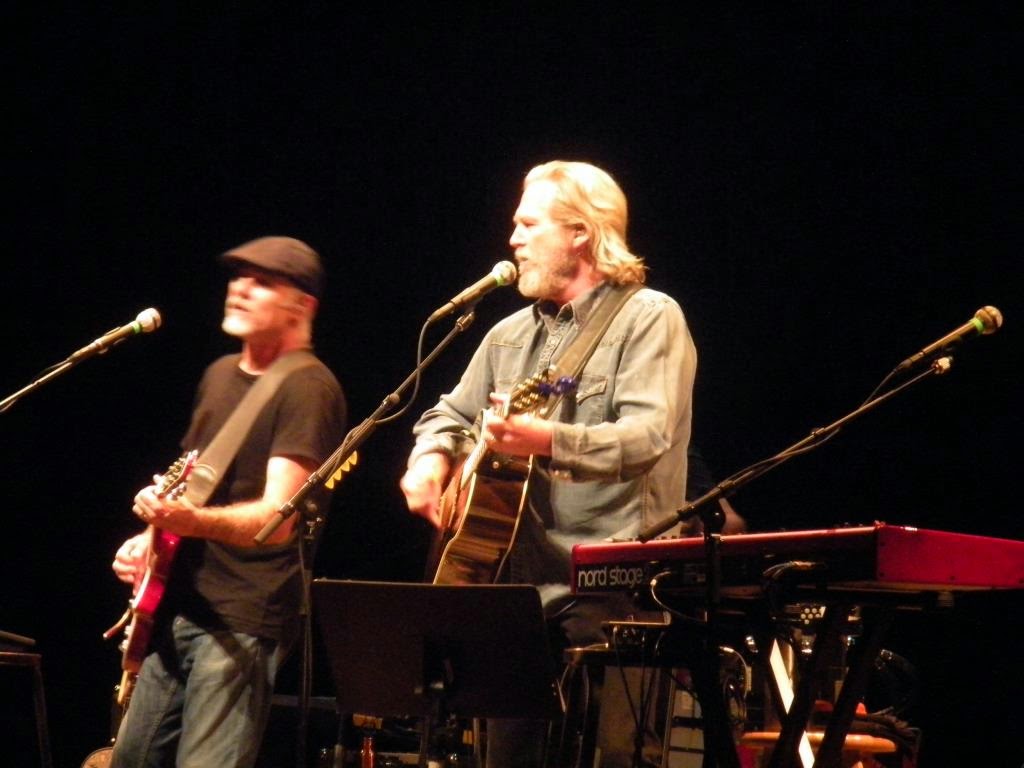 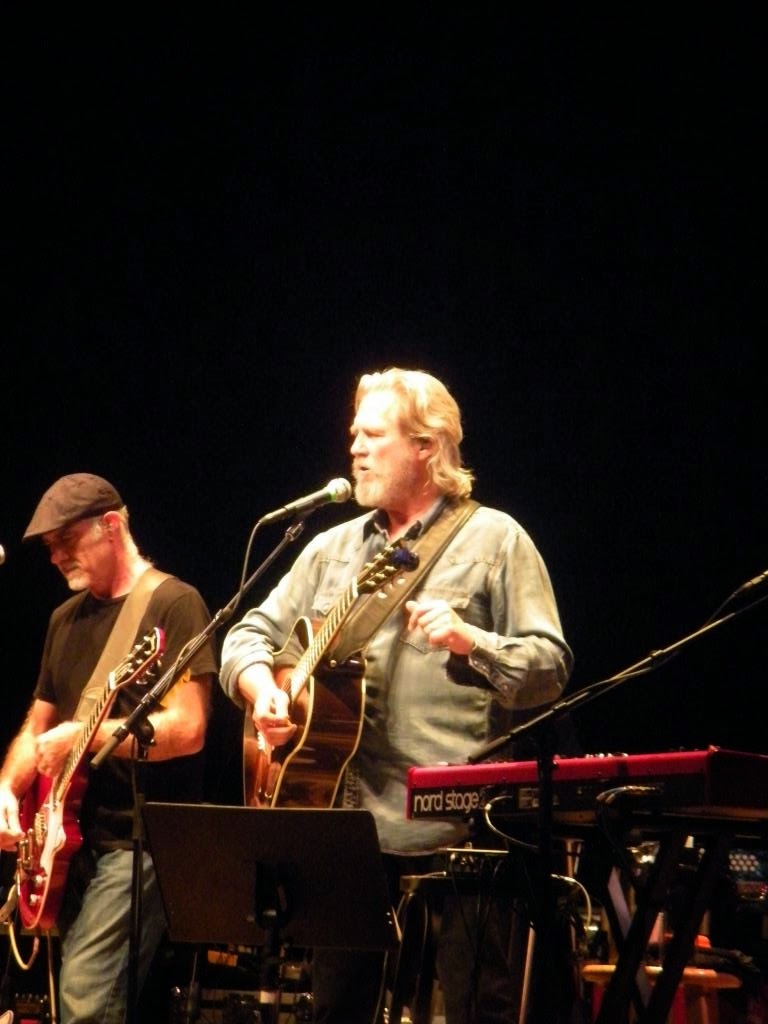 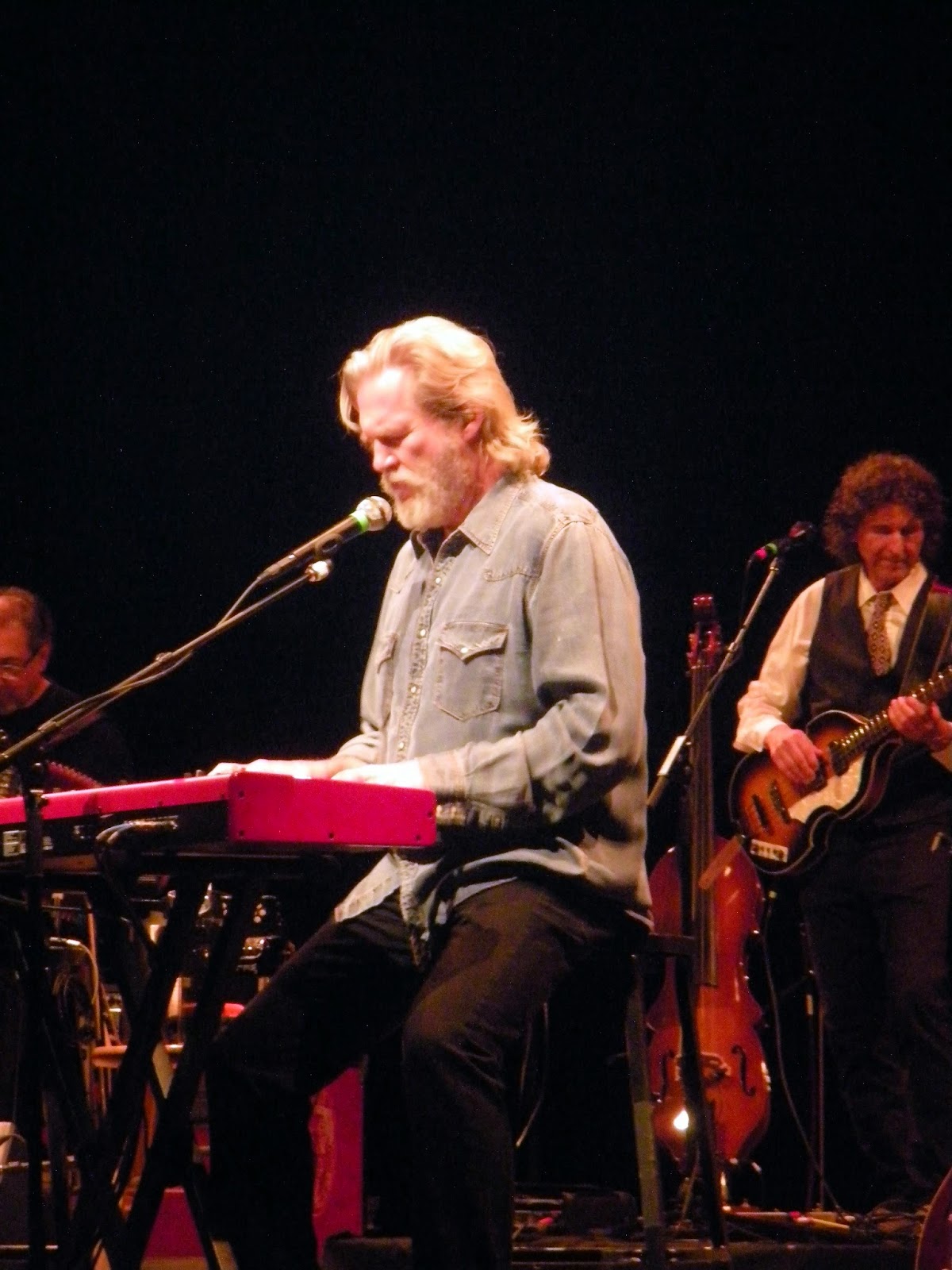 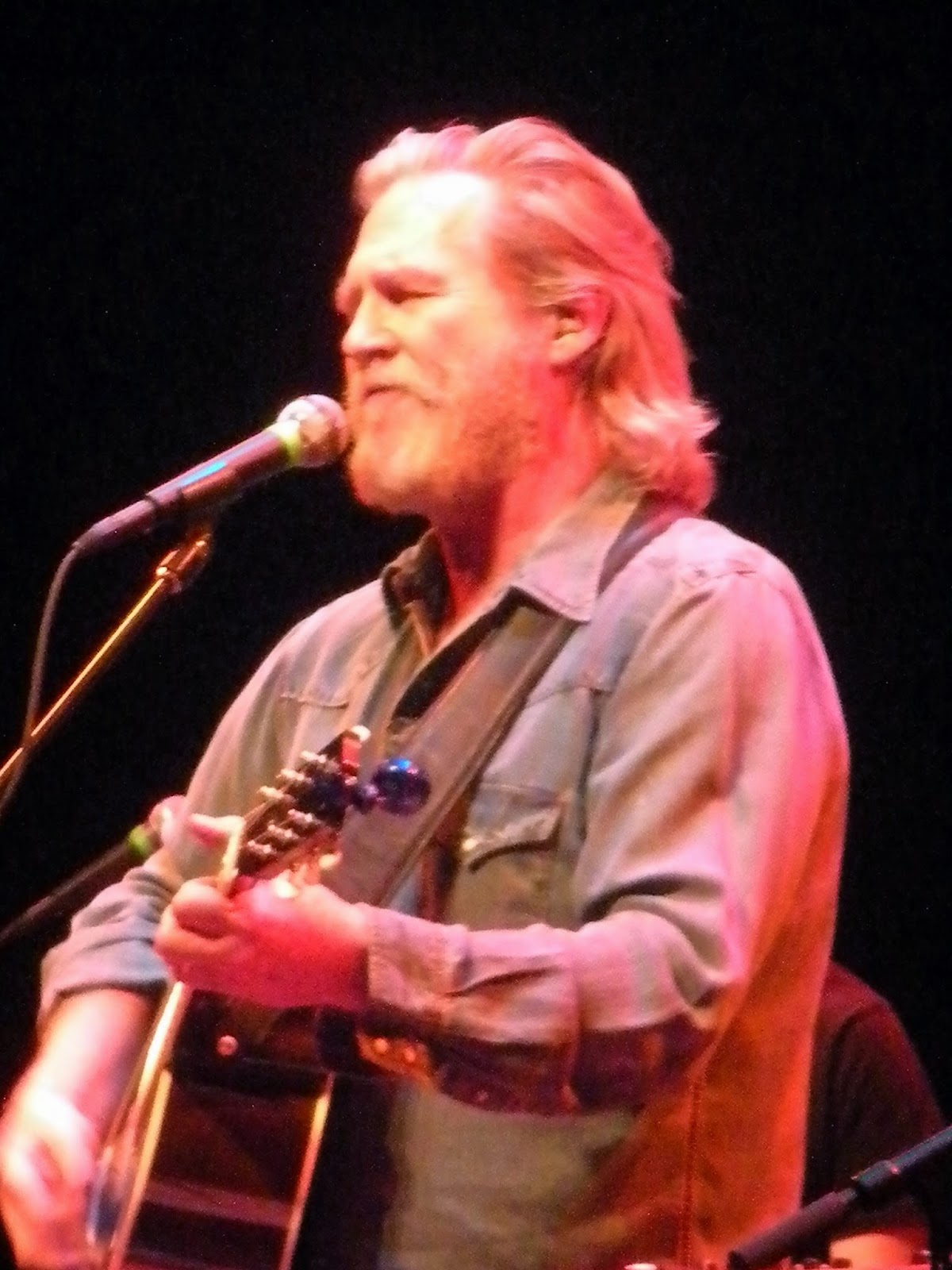 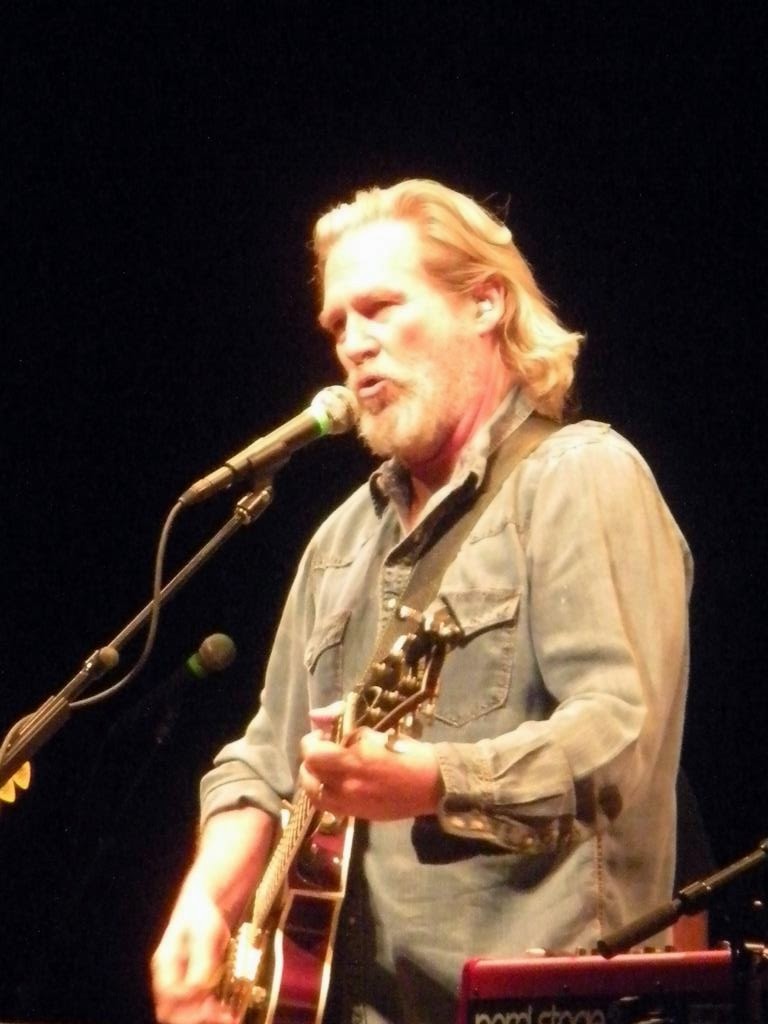 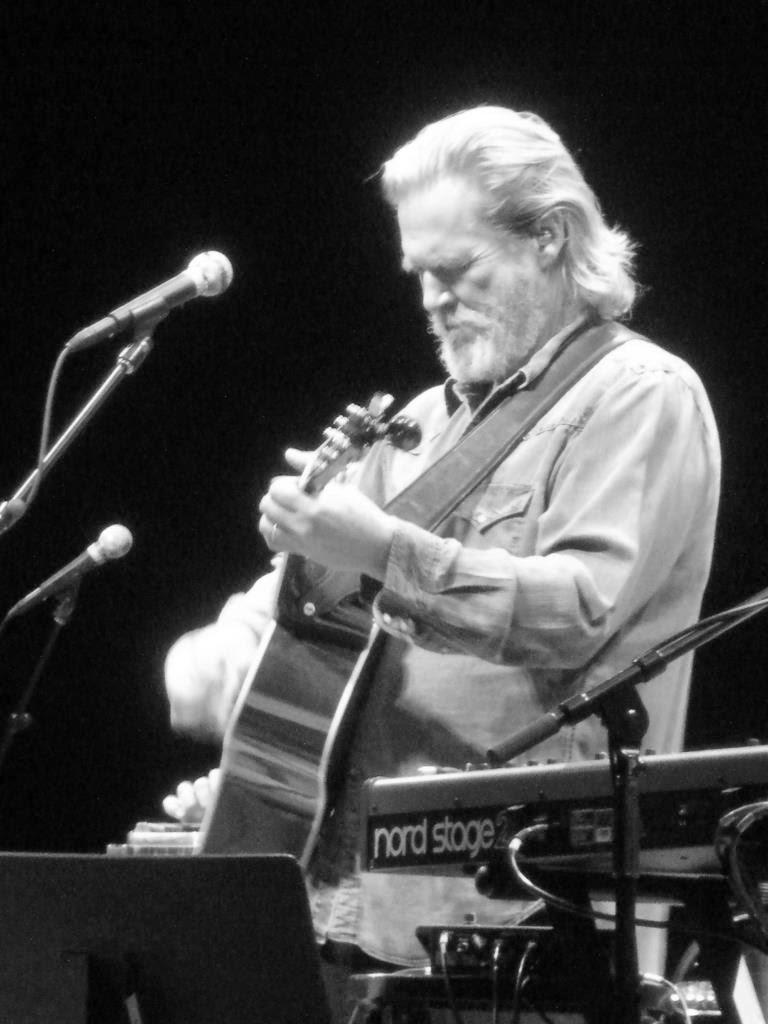 Posted by mhenderson at 3:24 PM 0 comments

A Faithful Spy during Love and War.

Looking in on someone's marriage could be perceived as spying, but in this case, the couple offers up a memoir of oddities, challenges, love and understandings of when opposites attract, so different in personality and political views one wonders, why in the heck are they married?

But they make it work. They being Mary Matalin and James Carville.  Yes you may have heard of these two pundits. One right and one left. Politically Polarized.

Matalin, worked in the Reagan, Bush 41 and 43 administrations and as counselor to VP Dick Cheney.

Carville was the lead strategist for Clinton's 1992 presidential campaign.

They both have appeared on numerous television talk shows; Matalin recently has been appointed as Visiting Distinguished Lecturer at Loyola University New Orleans; Carville teaches political science at Tulane University.

Love and War is a revealing look at what happens when opposites unite and how, going tit for tat, toe to toe they stay above the fray and have a successful marriage.

Through sometimes brutal and tenacious honesty, Matalin and Carville opine on various topics:  children, politics, ADHD, election recounts, New Orleans and football, 9/11, Katrina and an oil spill, friends such as Mr. Meet the Press Tim Russert, success and failure, life and loss, the Bushes and Clintons or Clintons and Bushes depending how you may cast your vote, and those things that are just "none of your darn business".

Aside from the occasional potshot at this administration or that one,(depending on your political persuasion) you may not agree with Matalin or Carville or both, but with an open mind and a thirst for learning and understanding  people, you'll find this to be a thoroughly enjoyable and entertaining memoir.


Civil Rights Activist Audre Lorde once said, 'It is not our differences that divide us. It is our inability to recognize, accept, and celebrate those differences.'
Perhaps using a quote by a civil rights activist to compare the differences of a married couple may not be the proper reference, but the quote speaks to differences in all of us. And despite those differences, things can work. Although at times on the verge of a breaking point, they respect each others perspectives and understand the greater good - - the love for and of one another.

Their passion is evident in topics they cover, such as Matalin on her one time employer and long time friend, Dick Cheney; Carville on his deep rooted love of New Orleans and the state of Louisiana which Matalin also embraces. Fittingly enough, one just has to look at the design and colors of the book cover to understand this.

And how apropos, I finished reading it on Mardi Gras.

As I most often do, I have one or two, sometimes three books going at once. And, I'll find how seemingly unrelated things become linked. My reading of a faithful marriage being eerily or 'synchronistically' connected to my next read.

Now, I'm not one to spy on people, but to some degree we all have a little curiosity in each of us,  always wanting to know a little of this and a little of that, regardless of the subject matter. Isn’t that why reality TV is so successful? One could argue biographies, autobiographies and memoirs are just that, reality TV but in written form.

While reading Love and War, a couple well known journalists that I follow on twitter tweeted their excitement over the publishing of a new novel. Having not read this author, I looked to find which was his first book. And that was in the form of faithful one, Alex Berenson's first novel - - The Faithful Spy.

I looked for The Faithful Spy on my shelf, opened it up and off I went.

With the backdrop of the 9/11 and the chase for Bin Laden, Berenson spins a timely and creative adventure of CIA operative John Wells. One novel of several.

So here I found myself, peeking into and learning about the lives of two well known figures in our political hemisphere, all the while living the intense fictional life of a spy.

Pick up a book or teach a child to read, the Love of Reading is a Faithful Endeavor!

*please note as you browse through my blog you have the opportunity to purchase  books directly from this website. However, I no longer earn any income from this particular site as when the state of MN required websites to pay taxes on their affiliate programs, Amazon abruptly ended theirs. Although I don't blog that much anymore, I do so now purely for the enjoyment of writing and promoting reading and a little music along the way.
Posted by mhenderson at 3:01 PM 0 comments

Learn your ABC's: All Books Cash

I think I was around eight or nine years of age, maybe a bit younger, when my parents took my sister and I to see Johnny and June Carter Cash at the Ryman Auditorium in Nashville, TN back in the early 70's. I'm not quite sure the exact date. 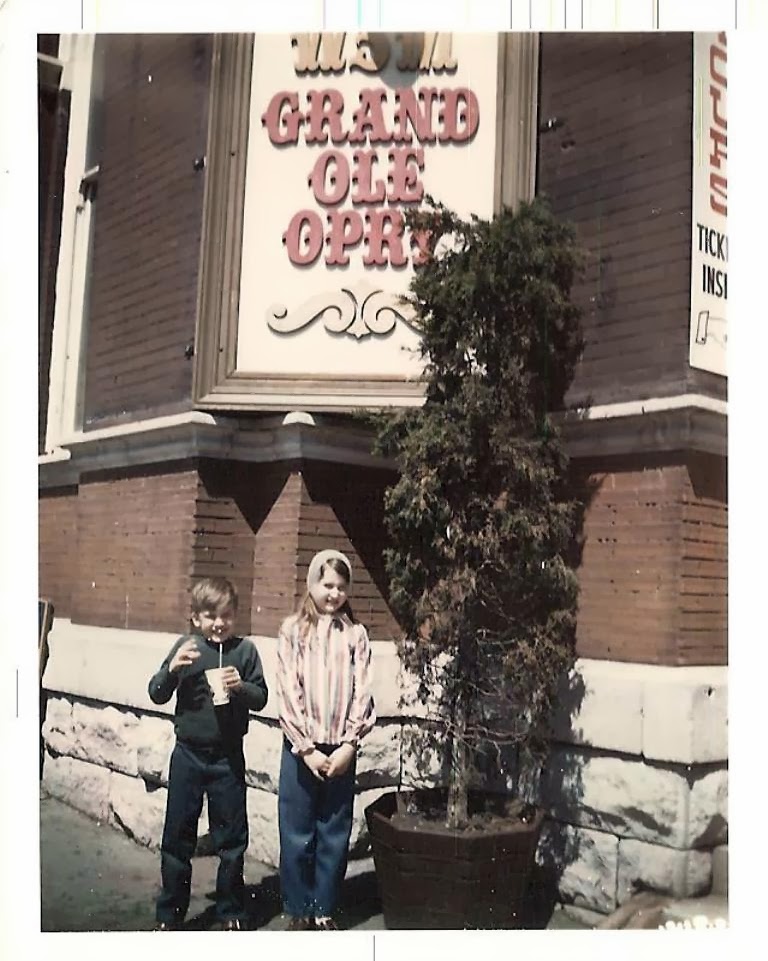 And, I'm not quite sure how or why Cash's music and life become a focal point of my musical tastes throughout my life. But I'm very sure of how grateful I am for my loving parents and that small trek through Kentucky and Tennessee that summer of the 70's.

In Robert Hilburn's Johnny Cash: The Life, you too can take a trek, a journey back to the early days of Dyess, AR(today, Sept 26, would've been his 82nd birthday) through the pills, spills and chills; the peaks and valleys of John's musical life and landscape til that September day when Johnny Cash's journey ended.

Who's Robert Hilburn, you may ask. Well, I'd guess he's heard this phrase hundreds of times, " Hello I'm Johnny Cash!" but maybe the most memorable time came at the famous Folsom Prison Concert in 1968. Yes, Hilburn was there on assignment for a Los Angeles newspaper.

Hilburn, a music critic in LA has helped catapult careers of icons such as Elton John, Bruce Springsteen and Kris Kristofferson, who said that after Hilburn's review of his Troubadour debut, he never had to work again.

Johnny Cash: The Life can be seen as the authoritative book on the Man in Black. One only has to read through the number of sources, interviews, including many with John himself and several Cash family members, colleagues, contemporaries and friends to understand Hilburn and the books credibility. But don't start there. Start at page one. Hilburn writes not just through the eyes of a music critic but as a fan and friend adding a sincere, riveting, honest look at a Man, his Music and his Life. Heck, you may learn more about The Man than maybe he knew of himself!

Learn your ABC's my Mother told me. Not sure if these were the ABC's she was referring to, but they sure have taught me a lot. 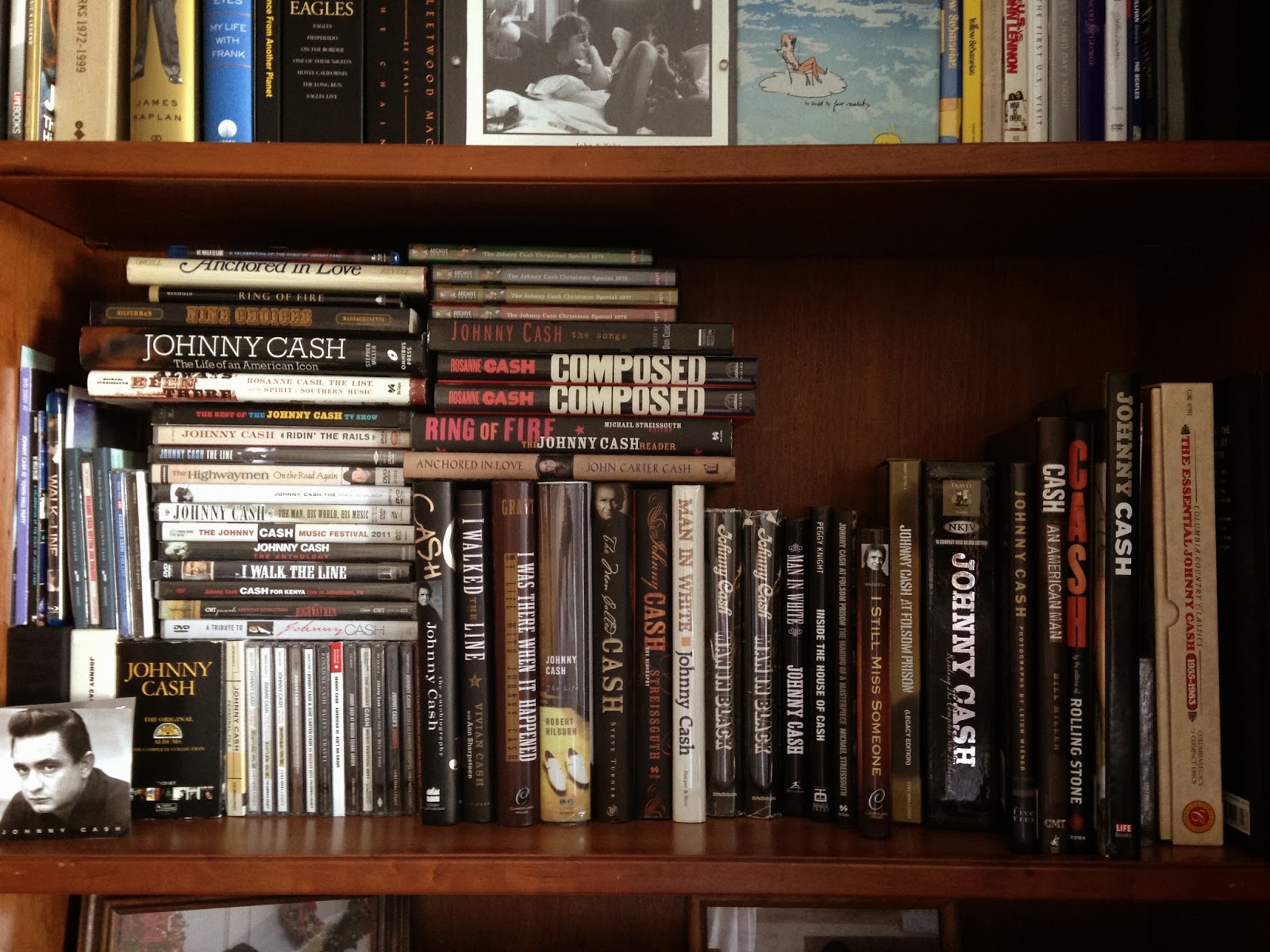 *please note as you browse through my blog you have the opportunity to purchase  books directly from this website. However, I no longer earn any income from this particular site as when the state of MN required websites to pay taxes on their affiliate programs, Amazon abruptly ended theirs. Although I don't blog that much anymore, I do so now purely for the enjoyment of writing and promoting reading and a little music along the way.
Posted by mhenderson at 7:14 AM 0 comments

Every book...has a soul. The soul of the person who wrote it and of those read it and lived and dreamed it. Every time a book changes hands, every time someone runs his eyes down its pages, its spirit grows and strengthens. - Carlos Ruiz Zafon, The Shadow of the Wind

a Bit about My Blog

Given this is my first journey into the world of blogging, bear with me as you'll see enhancements as we go along. I wish to share with you my reading experiences as they've been plentiful. I'll allude to those in a post but over the years many books, both fiction and non, have been read...and I welcome your recommendations, comments, etc. Sit back and enjoy the journey! Mike